Osian, Macsen and Tanwen are all equally unique in that they have all had a tough challenging start to their lives and have had a lot to deal with already.

Osian was born very very poorly and we were told to say goodbye on a number of occasions. Osian had an infection called Group B Strep which can be fatal to newborn babies. Osian's condition deteriorated during his stay in the neonatal intensive care unit, and the drs there had to call for help. A specialty team arrived in the heath hospital to operate on Osian and attach him to a machine called ECMO (extracorporeal membrane oxygenation) which is similar to a heart and lung bypass machine, this was to give Osian's little body a rest and a chance to heal. Osian survived and came home a short while after, he was on a lot of different medications and a strict care plan. At 14 months old he began dropping to the floor for no apparent reason - something to drs called an A typical febrile convulsion which just meant to us many more trips to A&E. At 22 months old Osian suffered a large 8 minute seizure which resulted in the diagnosis of Epilepsy. Hes had to over come a lot with his epilepsy - it often  leaves him unable to talk / walk which is very frustrating for a 4 year old boy. Osian has complex special needs and often gets over stimulated when out and about which results in lots of staring. Osian is one of the happiest little boys you will meet and always has a smile on his face even on the hardest of days.

Macsen was born 2 days after Osian's first major seizure and is now 2.5 years old. At first all seemed well with Macsen until he was 2 weeks old when he began to have difficulty breathing and feeding, the Drs put this down to a common cold. Whilst in A&E with Osian i got the Drs to check Macsen over who now at 9 weeks was beginning to get worse and not better. Drs found that his Oxygen levels were low and needed admitting, After 2 weeks of in and out of hospital he ended up on the high dependency ward where he was diagnosed with a subglottic hemangioma which is a tumor of the blood vesicles which was blocking his airway. A few operations and medication saw him make a full recovery. He has recently broken his femur and been diagnosed with failure to thrive and has on going issues with weight gain and growing. Due to all of this his is a very anxious boy and often screams uncontrollably yet he has the most beautiful smile and has so much love to give.

Tanwen  is 12 weeks old but was born very prematurely at only 32 weeks gestation, my waters went early due to the same infection that made Osian so poorly Group B Strep. She spent 3 weeks on a special care baby unit and is now doing really well.

Osian and Macsen often get over stimulated or anxious when in a play area which results in lots of screaming or running off - we then get a lot of people staring and commenting on their behavior. Both both boys need outside space as they have a lot of energy to burn but more importantly they thrive being outside. We were totally blown away at the generosity of the Jac Bach Charity and all the hard work to do for local families in need of help. They will enable our boys to have a safe area to play and not be judged, more importantly give us a chance as a family to enjoy each other by having a safe area to make memories and just have fun. 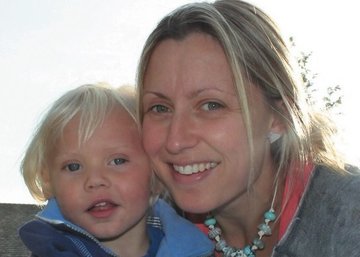